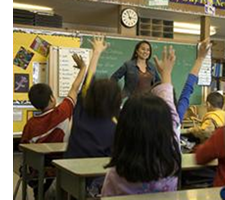 Good discipline is a frequent area of focus for schools, but how to achieve it is an ongoing debate. In the past few decades, out-of-school suspensions have become increasingly popular as a way of gaining control of the classroom. In fact, schools are now suspending and expelling students at a rate more than double that of 1974. In an effort to address teacher and parent concerns over disruptive behavior in classrooms, many schools adopted zero-tolerance policies in the 1990s. Many say those policies have gone too far, resulting in racial disparities in suspension rates and incidents of students being suspended for trivial infractions.

There is much controversy over the effectiveness of school suspension since it does not teach students how to handle conflict, and it results in a loss of instructional time for the group of students who need it most. Schools have even come under suspicion of using suspensions as a way to push difficult or low-achieving students out of school. Experts fear this creates a “school-to-prison pipeline” since uneducated youth are much more likely to end up in the criminal justice system.

The U.S. Department of Education Office for Civil Rights shows some alarming statistics:

For these reasons, researchers and school administrators are examining suspensions and whether it is the most effective way to handle minor, nonviolent misbehavior.

California has been leading the way in reforming the school discipline process, and a new study from the UCLA Civil Rights Project confirms that they are achieving success. Many school districts that were able to sharply decrease suspension rates between 2011 and 2014 simultaneously saw an improvement in academic achievement. Test scores improved in the schools with lower suspension rates, and racial gaps in both discipline and achievement narrowed in each district.

In the past, the majority of people have assumed that reducing school suspensions would create a more difficult learning environment for all students, while suspending disruptive students would improve academic test scores. However, research is suggesting the opposite. Studies consistently show that time spent learning is the single best predictor of positive academic outcomes, while data on disciplinary removal demonstrates negative effects, not just on the student, but on the school as a whole.

Parents may want to talk to their schools or School Board members to discover what their district’s policies are on suspensions and encourage them to review the recent research on reducing suspensions.

View our ad rate card if you would like to advertise to our blog readership.