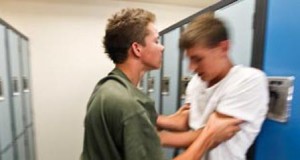 When you hear the word “hazing,” more than likely you think about college fraternities. However, hazing is no longer just a college phenomenon. Teens are involved in more disturbing hazing incidents at younger ages than ever before. You won’t believe what happens these days on school buses, in locker rooms, and even at church youth groups. “Younger and younger kids are hazing one another, and the rituals are becoming increasingly violent and sexualized,” says psychologist Susan Lipkins, author of Preventing Hazing: How Parents, Teachers and Coaches Can Stop the Violence, Harassment and Humiliation (Jossey-Bass).

Take a look at just a few of the news headlines about teen hazing:

Here are some of the statistics available on high school hazing:

The Psychology of Hazing

In general, those who take part in hazing rites don’t intend for anyone to get hurt, says Elizabeth J. Allan, Ph.D., Associate Professor at the University of Maine in Orono and co-author of the largest study ever done on hazing. “Instead, the situation just spins out of control. The mild behaviors create a slippery slope,” says Allan.

Teenagers can actually feel flattered and respected by the rituals of hazing. They like that they are becoming part of a group, even if they disagree with the actual hazing. The University of Maine researchers found that 31% of teens say hazing makes them feel part of the group and 18% believe it makes them a stronger person. To many students, they don’t see hazing as a problem, but rather a tradition.

The culture of hazing makes it difficult to eliminate. Many people dismiss hazing as harmless fun, which makes victims feel unsupported if they report the problem. Others are afraid of reporting hazing for fear that the group will ostracize them.

To combat the culture of hazing, we should talk to youth, from middle school on, about the topic. Key points that parents should explain are:

Almost every school (from elementary-age to college-level) in the United States has an anti-hazing policy and most have procedures for reporting violations. Right now, 44 states have laws against hazing. It’s equally important that these institutions publicize their hazing policies and consequences for those who participate in hazing, provide support to those who report hazing, and develop incentives for groups to implement non-hazing, positive group initiations. In a recent survey of high school students, respondents rated strong, disciplinary measures for known hazing incidents (61%) and police investigation and prosecution of hazing cases (50%) as the best prevention strategies. Parents should request schools take a hard stance on hazing.

Experts agree that the most important way to prevent hazing is for people to report it immediately when they see it occur. Only when hazing is being reported and punished will it stop. Talking to your teen is an important step in that process.

Like Loading...
tagged with how parents can help prevent hazing, preventing hazing of teenagers, school actions to prevent hazing, school hazing policies, talking to your teenager about hazing, teen hazing

View our ad rate card if you would like to advertise to our blog readership.